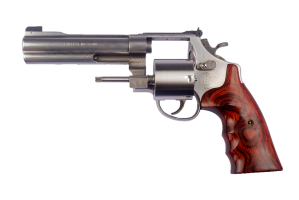 February 26 marked the 5th anniversary of the shooting of Trayvon Martin by George Zimmerman.  It left its mark on American society; a chronic irritation still uncured.  Some think that perceptions about African-American men deepened on that rainy evening as citizens began to see them as deadly assailants, even unarmed,  and worthy of the use of deadly force.

Afterwards, that same cavalier and justified attitude about such use infiltrated communities and police departments across the country.  From that point on, it seemed that young men and women of color had targets on them saying, shoot to kill, regardless!  I ask you; do you think the killing of young Martin made such shootings easier for some officers and private citizens?  And then, did subsequent police shootings empower further civilian armed attacks against young black men?  I think they possibly did.

If you said yes then I have a tale to tell you about a recent incident in Philadelphia that might recreate a similar problem, if indeed there was one.  Weeks ago, Marcus Quinones walked into a laundromat in the Fairhill section of the city armed with a knife.  He forced the owner behind the Plexiglas petitions at the front of the spot and took an undisclosed amount of cash and ran out with it.  The owner grabbed his legally owned revolver and gave chase.

Outside Quinones, perhaps in a diversion to escape, threw the cash in the air while the laundromat owner fired five shots at him hitting him twice in the chest as well as an innocent bystander in the hand.  By the time the police arrived, the money had all been picked up by the crowd.  Quinones was listed in critical condition and the bystander, in stable condition.  The owner of the laundromat has not been freely identified and police have decided not to charge him in the public shooting.  The NAACP and other activists feel that the owner should be charged.  And, I agree with that.

Pennsylvania Stand Your Ground Laws permit that any person “has no duty to retreat and has the right to stand his ground and use force, including deadly force if (he) believes it is immediately necessary to do so to protect himself against death, serious bodily injury, kidnapping or sexual intercourse by force or threat.”  But there is a catch to the law.  See 18 Pa.C.S. § 505(b)(2.3) for entire statute.   Most importantly, the threat must be always imminent. Furthermore, the PA law expressly forbids you, the victim, from exiting your home or place of business and safety to pursue the attacker.

I think the Philadelphia Police Department sent the wrong message with such a quick decision.  There was no time to look at the events with the critical eye necessary to pass a fair judgement that ensures continued public safety. I’ll even go so far to say that all public shootings should be turned over to the District Attorney for consideration.  This comes at a time when the US Attorney General’s Office is making an appraisal of police reforms enacted under the Obama Administration.  Three’s a chance that we may see their rollback if Sessions and some police chiefs have their way.  One attempt failed in Baltimore in what is probably only the beginning of such challenges.

It’s the long run I’m concerned with as well as the message being delicately sent by police; that it’s OK to protect yourself, no, avenge yourself even in public.  Following the letter of the law would’ve ultimately brought some charge against the laundromat owner, suspended or otherwise, I’m just saying.  And while I’m not looking to prosecute anyone for protecting their business or themselves, I do want the message to be clear that if you generate gun play on a public street, there will be consequences.  This is something that the all cops must do with law-abiding citizens, however distasteful, and something they failed to do in Philadelphia.

But that’s not what’s troubling me.  What I’m afraid of is that such decisions may be part of a bigger, undisclosed, For-Your-Police-Eyes-Only plan of “deterrent”.  The Trump budget is on the horizon and it’s sure to create some havoc in the homes of the poor and unfortunately, it’ll lead some to take to the streets in a bad way just to get by.  Is it possible that foreseeing this, police across the country will seek to ease the restrictions on existing Stand Your Ground laws by ignoring the prohibitions that cast a shadow of criminality onto the victim?

If they do have such an agenda only time will be the judge.  Things will take their course in similar, escalating fashion the way they did beginning over five years ago, if so.  Ordinary citizens will be quicker to pull the trigger as the concern of justification will be substantially lessened.  Only this time, it won’t be simply black or brown people in the crosshairs.  It’ll be everyone.

Filed under Guns and Firearms, Life and Society, Opinion