The Necessity of White Power 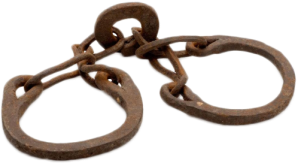 I read a news story online about an Oregon college’s plan to have a “Whiteness History Month” later this spring.  CBS News reports that interim President of Portland Community College Sylvia Kelley stated the school viewed the upcoming events as a “part of a larger national conversation about race and social justice on America’s college campuses.”  Like they say, it sounds real good on paper.

The problem comes in that most “White Power” demonstrations-fairs, festivals, whatever-run the gauntlet from the activist fringe to the violently bigoted.  They’ve become something synonymous with hate; and that’s a problem that the movement, if there truly is one, needs to address and correct.  And you know why?  It’s because there’s nothing wrong, on the surface, with white power.  It’s a necessary component for the growth and evolution of young white men and women living in America today.  There; I said it.

Just as it was necessary for Blacks in the 50’s, 60’s and 70’s to know their past in order to handle their present and plan for their future, so too is it necessary for today’s young white Americans to do and feel the same; maybe even more so.  What, with dwindling census numbers and increased immigration, the white race is fast becoming a minority in America, something that chafes at many today.

It’s only when White Power seeks to rise violently above everyone else-at everyone else’s expense-that the movement becomes a catastrophe, something reminiscent of the Ku Klux Klan.  And when those involved don’t recognize this, but rather embrace their similarities, the movement becomes a hate group, homegrown terrorist group or another like incarnation.  And that’s a shame because they’re needed now.

I see many young white kids on the cusp, not knowing where to turn, who to listen to.  It helps if we all are treating each other with respect and courtesy.  At the same time, the movement-again, if it can be called one-could be that rallying cry of reason to further stoke tolerance and togetherness as opposed to jealousy and estrangement.

“We hope it will open up a space for dialogue and discovery around these complex issues… There is no intention, as some may have feared, to ‘shame or blame’ anyone.”

And if you want some serious incentive as to the necessity of a nonviolent, tolerant white power movement then consider these facts from the Sothern Poverty Law Center.  These figures are from the year 2014.  You can check out their hate map here.

One need only look to the recent and continued armed standoff at the Oregon National Wildlife Refuge to recognize the need for another voice to contradict the various fringe elements influencing public sentiment; elements that surely corrupt young and impressionable minds.  Hopefully, the Portland Community College program is a start of a much needed turnaround.

We’ll see.  Like I said, it all looks and sounds good on paper.

2 responses to “The Necessity of White Power”