Modern Parents Know Too Much for Their Children’s Good

I don’t understand the actions of some parents today and that bothers me because I want to. 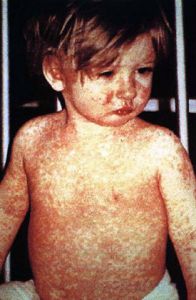 I think I should because it’s not that long ago that I was one, actively.  Nevertheless, I’m at a loss as to what some are trying to accomplish.

I think it comes down to a lack of humility and trust on their part.  They think they know everything and they don’t trust the government.  And that’s another reason why I want to understand; I’m of a generation that espoused a healthy mistrust of any current

administration.    Baby Boomers were some of the most radical influences of the 20th Century and yet, we vaccinated our children; not only for their health but also for the well-being of the community.

Think about it; it’s an audacious act to ignore Department of Health requirements, especially when it comes to children.  Isn’t it somewhat impudent to want to keep your kids potentially unhealthy and contagious and then demand that they be allowed to mix, play and attend school with others, who’ve taken all their precautionary measures?  That’s what’s going on in the Delaware Valley and elsewhere these days.

Today I woke to the local news of 2 students diagnosed with Pertussis.    And even I know that something’s drastically wrong when high school students start contracting Whooping Cough.

According to the Kid’s Health Webpage, before a vaccine was developed, Pertussis killed 5,000 to 10,000 people in the US each year.  Now with the administration of the vaccine, the number is down to less than 30.  But recently those numbers are rising again.   Since 2004, the number of cases has spiked to more than 25,000 instances.

And The Delaware Valley isn’t alone; there’ve been cases reported in California, New York and Indiana.

Like its childhood disease cousin, the measles, whooping cough seems to be making the rounds across the country.  With the Souderton Area High School in an “Outbreak Status” and the Montgomery County Health Department involved, the issue of following a proper vaccination schedule for babies and toddlers has come back to the forefront.  Actually, who out there ever really thought that such a consideration had left?

When did parents stop trusting the government when it came to establishing health guidelines for their kids?  More to the point, when did they stop believing the science?  Some rely too heavily on that bastion of kookiness, that citadel of the absurd and the disturbed, the internet, for reliable and trustworthy knowledge. That, in effect, is something akin to listening to some nut on the corner on top of a soap box.

Moving forward, I’m concerned more than a little.  I’m that way because my life is not that far removed from a time when there was marked concern for some nasty bugs like polio and tuberculosis.  I’m that way because this willful ignorance is directly coupled to a parents love for their children; and that makes those misguided fathers and mothers dangerous.

Such love can be devastating enough on the right side of things.  With them on the wrong side of parental decision-making their ability to protect their own clashes with my ability to do the same for mine. We’re still today each other’s children’s keeper; except today we’re not acting like it.

Filed under Life and Society, Opinion