Two Cosby’s: One of then should’ve been prosecutable

I’m starting to have some issues with the whole Bill Cosby vendetta that’s taking place.  And I’m not happy to say so nor am I happy that I’m feeling so.

On the one hand, I’d like, not let me rephrase that; I need, as all Americans do, to be able to 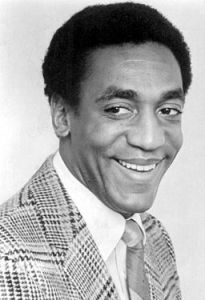 believe all of the women coming out and finally speaking up about the star’s offenses. In the case of such an insidious crime, it’s not like we want to suppress these statements from these women.

It can’t be something that we’re too tired or too busy to look at.  We can’t put it off because it happened long ago and in lieu of current events, we can’t allow this to become a racial thing; rape is a crime committed against all women, regardless of color.  It’s each of us our duty to disseminate the given facts, as much as we can corroborate them and judge Mr. Cosby on the merits of what’s being said and what we can prove.

But for me the time period, as much as race, is an issue just not in the way that you think I’m thinking it is.

After all, we’re talking about a black man in 1960’s-80’s America; it’s not like things were all that hunky-dory back then.  Sure, he may have been friends and rubbed elbows with Hollywood’s elite but I still think there would’ve been enough of a contingent of individuals more than willing to jump all upside Bill Cosby for any allegation of rape; particularly the rape of white women.

Many of these offenses occurred before he became “America’s Dad” so the line of thought that it was hopeless; I’m not feeling right now.  Even after he became Cliff Huxtable, there would’ve still been somebody, somewhere envious enough of a black man’s success to want to bring him down and start, if not bring to fruition, some sort of an investigation.

Look at OJ; another beloved African-American “star”.  Joe Public turned on him with the quickness once he was charged with the murder of Nicole Brown-Simpson.  I have no doubt it would’ve been the same with Bill.  In such a matter, his name would be on everyone’s lips still today, instead of The Juice, when we talk about dastardly crimes against women and the people who get away with them.

Of course, in my house, this is all nothing except divine retribution; the whole “God doesn’t like ugly” thing.  My wife says that it’s obvious something happened.  And as he’s gotten away with it for so long, even if some information is sketchy or outright wrong, she’s ok with it stating that it’s God’s sardonic punishment against a man who’s abused women.

Oh well, it is what it is.  I’m reminded of similar Justice Department prosecutions of aging Klan members, guilty of Southern atrocities in the last century.  We saw in those instances how sometimes justice is delayed until such men are old and decrepit.

But justice delayed is still justice, as Bill Cosby is finding out.  I bet he wishes he’d taken his medicine earlier rather than later.  At least he might have been able to grow old in peace.