A Karmic Question in the City of Brotherly Love

Philadelphia fans are nationally known for their intensity.  For them, it’s a question of 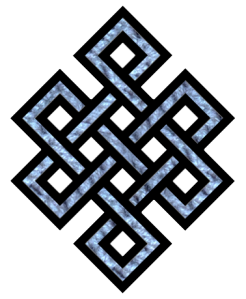 The Endless Knot, a symbol of karmic cause and effect

passion; an unbridled and unapologetic quest for and expectation of excellence.  In the Philly fans mind, both the quest and the expectation are seasonally non-stop, 24/7 and if you’re not ready, willing and able to perform at that level all the time then you might want to rethink coming here.  You can see how occasionally, such zeal doesn’t necessarily show the city’s inhabitants in the best light.

The Philadelphia Eagles televised home opener against the Jacksonville Jaguars was one such example.

That The Birds were slated to play a team with one of last season’s worst records did little to quash concerns about the home squad’s performance.  So when the Eagles went into the locker room at half time down 17-zip, the boo-birds, already intermittently chirping earlier in the game, flew out in somewhat full force.

I say somewhat because it wasn’t a chorus of catcalls that had the entire Linc in an uproar.  Yet, here it was the season opener, so any fan frustration coming so early in the year was concerning, telling and had to be chafing, especially for some players who were making their rookie mark in the NFL.

Still, here Sunday was an example of life in the big leagues and if players new to it couldn’t stand the little bit of heat thrown off for those few short hours then they surely might want to consider getting out of the kitchen.

That it takes a particular type of athlete to play successfully for any Philadelphia sports team goes without saying; not only do they have to be at the top of their game-Philly fans will not accept anything less-but they’ll also need to be thick-skinned.  They’ll have to take questions and opinions about their performance from both fans and journalists alike and will have to readily accept blame for perceived shortcomings, even if those shortcomings are of no fault of their own or are, in fact, non-existent.  It’s the Philly way and has been for some time.

On the other side of the coin, the Philly fans are nothing if they’re not consistent.  I’m tasking my memory now to think of any player in city history that consistently was held in the highest fan esteem without any blip on the appreciation or concern fan radar.  I don’t think one exists.  I think every player that’s ever played for the city of Brotherly Love has felt unkind barbs shouted from the stands at one time or another.  How well they’re continually thought of in the city and how long such barbs will flow is determined by how well they handle such vitriol from the get go.

If a player lets his performance do the talking for him rather than relying solely on what comes out of his mouth then he should endear himself to the city.  Problem is God help him when he has a bad day.  That everyone has one doesn’t make a damn bit of difference around these parts.

I used to be very critical of Philly fans (Hell, I am one) but truthfully, I’ve come to understand them better.  I get it; ticket prices being what they are, I’d be a fool to expect anything less than my teams best effort every bleeping game.  Still, if Sunday was any indication of what to expect this season, I think it’s time to talk about a change in strategy.  Everything done previously-the booing and insults-hasn’t helped and doesn’t necessarily always spur someone on to raise their game.  Maybe it’s time fans flip the script and stop thinking about matters relating to x’s and o’s and start thinking about karma.

We routinely speak of that “12th man” on the field with regards to football and the necessity of a good, loud fan base.  But is volume the only requisite to be thought of when making such deliberations?  What about loyalty and, dare I say it, that serious intangible, faith?   And how does this seeming continual lack of faith in our Sunday road warriors affect us in the karmic sense, even if it does?

There’s always a level of anger in boos which resonate from a Philly fan, an antagonism emitting from somewhere else other than what’s transpiring on the playing field.  It’s like the attitude that is proverbially akin to all residents of the city is somehow transposed and thrown out onto the ice, grass or the parquet floor.   And it’s a brashness that brings a lot of baggage with it at times.

It can’t be argued that we’ve always put good teams on the field of play, wherever.  Yet even when we do, the big games seem to elude us here in Philly.  The Super Bowl, that quintessential example of football excellence which we so want and beat our brains out over, passes us routinely by year after year.  Even when we field a squad that’s kicking ass and taking names like it’s no tomorrow, we still lose.

It’s time to put aside the x’s and o’s and concentrate on what that 12th man is bringing to the table.  Are we going to boost or are we going to tear down?  Let’s remind him and her that we need them both to not only have a bit of faith in their team but to also be willing to show it in the face of adversity.  Without it, the football Gods just might not smile down on us.  You see, they really haven’t yet.  Karma.

Filed under Life and Society, Sports